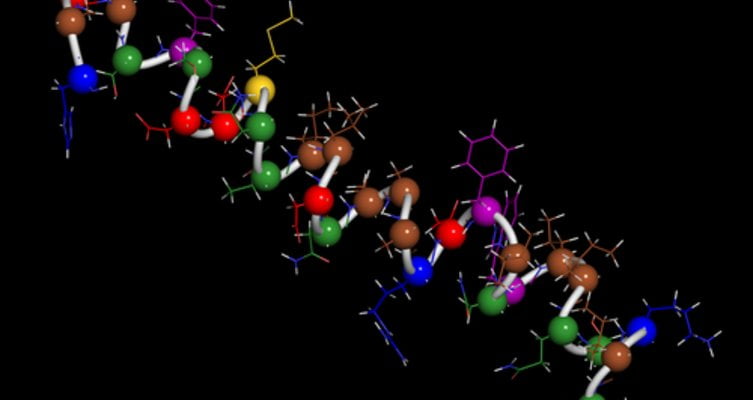 This hormone reduces appetite and causes the release of insulin. It is important in regulating blood glucose levels.

The glucagon-like peptide-1 (GLP-1) is a hormone that plays an important role in regulating appetite, metabolism, and stress. GLP-1 is secreted by the gut in response to food intake and acts on the brain to regulate appetite and energy expenditure. Semaglutide is a GLP-1 receptor agonist that is used to treat obesity and type 2 diabetes. Semaglutide works by increasing satiety and reducing hunger, as well as improving insulin sensitivity and glycemic control. Semaglutide has also been shown to reduce stress levels in animal models of obesity and diabetes. In humans, semaglutide has been shown to reduce body weight, waist circumference, and blood pressure, as well as improve glycemic control in obese patients with type 2 diabetes.

Glucagon-like peptide 1 (GLP-1) is a hormone that belongs to the group of hormones known as incretins. GLP-1 enhances insulin secretion in response to factors derived from the gut. GLP-1 is produced by a molecule called pre-proglucagon, which is a polypeptide chain of amino acids. This chain is split to produce many hormones, including glucagon. Because they share a common source, these hormones are called “glucagon-like.”

GLP-1 plays an important role in regulating blood sugar levels after meals. It is released in response to food intake and acts on the pancreas to stimulate the release of insulin. GLP-1 also slows down the rate at which food empties from the stomach into the small intestine, which helps to control blood sugar levels. GLP-1 is a key hormone in the regulation of blood sugar levels and is used as a treatment for type 2 diabetes. GLP-1 agonists are compounds that mimic the action of GLP-1 and may treat type 2 diabetes.

How is glucagon-like peptide 1 controlled?

Food is the main stimulus for glucagon-like peptide 1 (GLP-1) release, with increased hormone levels detectable after 10 to 15 minutes of starting to eat and remaining raised in the blood circulation for several hours afterwards. In addition to food, stimulation of nerve activity and other hormones can affect GLP-1 release. The hormone somatostatin reduces production of glucagon-like peptide 1. GLP-1 is rapidly broken down by an enzyme called dipeptidyl peptidase-4 (DPP-4).

Glucagon like peptide-1 (GLP-1) is a 30 or 31 amino acid long peptide hormone mainly secreted by 3 tissues in the human body: enteroendocrine L cells in the distal intestine, alpha cells in the pancreas, and the central nervous system. Through its interaction with the GLP-1 receptor (GLP-1R), GLP-1 participates in the regulation of glucose homeostasis. In addition, glucagon like peptide-1 receptor agonists (GLP-1RAs) can be combined with GLP-1Rs, playing the same role as GLP-1.

The main function of GLP-1 is to regulate glucose homeostasis through stimulating insulin secretion, inhibiting glucagon secretion, and slowing gastric emptying. GLP-1 also has a role in cell proliferation and differentiation, which makes it a potential target for cancer therapy.

GLP-1RAs are compounds that mimic the effects of GLP-1. They are used to treat type 2 diabetes mellitus by improving glycemic control. GLP-1RAs can be administered orally or by injection. The most common side effects of GLP-1RAs are gastrointestinal, including nausea, vomiting and diarrhea.